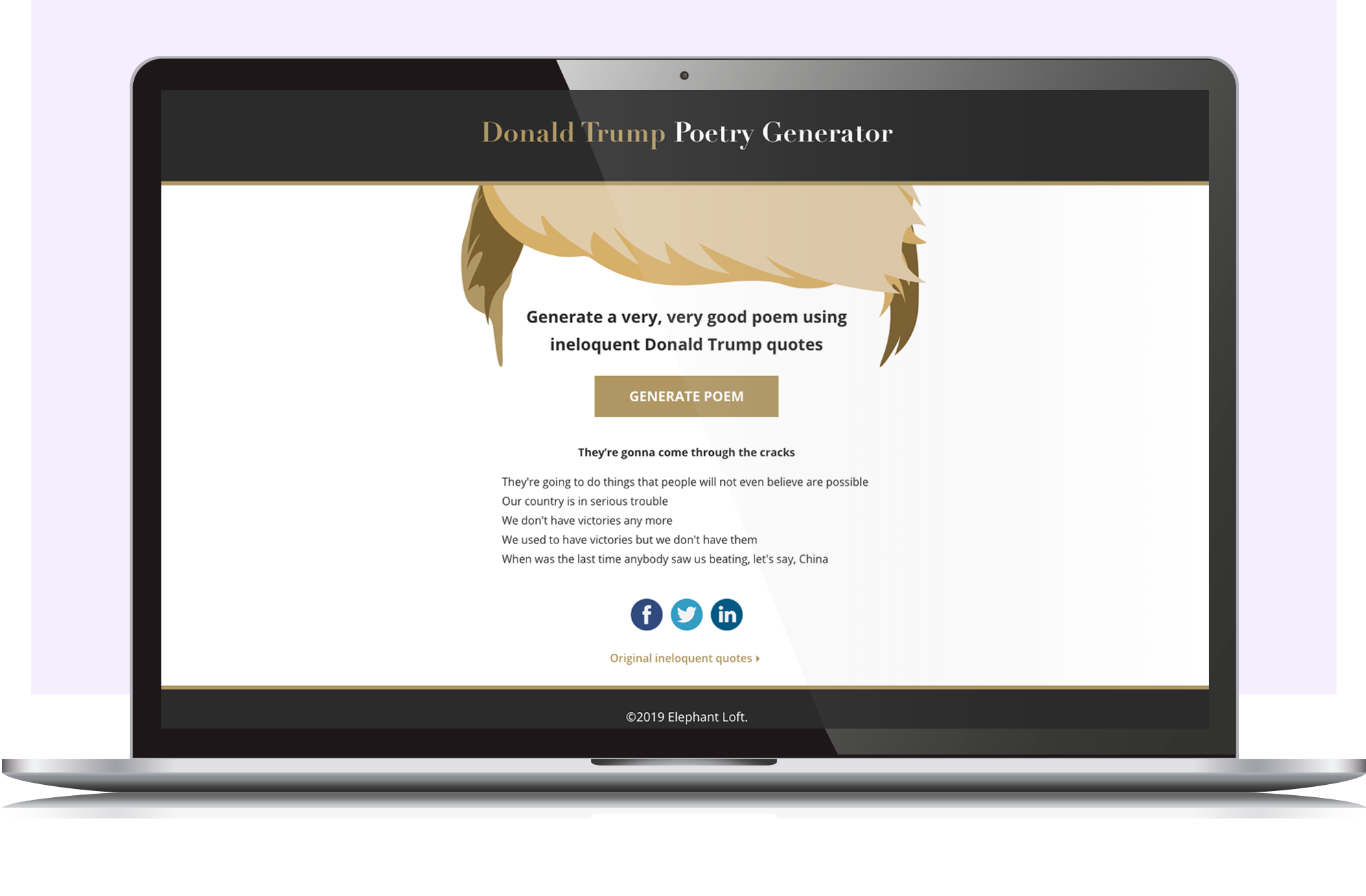 Love or hate him, it’s hard to deny that Donald Trump has said some wild things. While he’s kept the news cycle buzzing, we feel public anxiety has risen significantly since his inauguration. That’s why we wanted to give people a chance to have some fun with his words without all the worry.

First, we took a large sample of Donald Trump’s quotes from different sources, like the news and Twitter. After crafting them into lines of poetry, we partnered with a creative technologist and developed a random poetry generator.
‍
We modeled the look and feel after his hotel brand and illustrated a version of his hair to frame the main event: randomly generated short poems that prove Donald Trump is a poet and didn’t even know it.

Ready to elevate your brand?